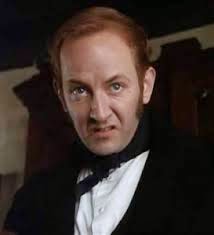 So….this process was started in September 2014.  It’s now the end of Jan 2015 and we haven’t got anywhere near the decision-making panel yet.  I’m now involved in two Continuing Healthcare (CHC) cases – Tess and Ned - and there is another – Dominic - lurking on the horizon.

What I have discovered so far is that the gatekeeper to this process is the social worker.  The gig seems to be that the social worker is the professional who decides if CHC should be applied for.  Usually, in cases involving young people with autism who don’t have LD, the possibility of CHC funding never appears on the social worker’s radar.  If you watched Prof Luke Clements’ video presentation (in my last blogpost), you’ll know that this is just plain wrong, and my view that it’s possible that there are thousands of families out there who are eligible for funding and support that they don’t even know is available.
The reason – well, my guess…..is that this is because of how the process that governs eligibility has evolved.  It seems that the NHS has just gone and slapped a load of high threshold criteria onto eligibility without having any regard to what the law says (or deliberately ignoring what the law says??) about eligibility.  Add to that the fact that social working gatekeepers don’t know (and can’t be expected to know, in all fairness) what the law says plus the fact that parents are too busy caring or reaching breaking point to a) have the time to research the law and b) be in a position to challenge the health service……and you have a perfect storm.  A situation has been created where the myth of a high eligibility threshold for CHC is accepted as custom and practice and it just kind of silently and lethally embeds itself into our health and social care psyche.
The next step is that the social worker is tasked with gathering evidence to support the case for CHC funding.  The social worker initially completes a document called a CHC checklist.  S/he then beetles off to consult with the health professional responsible for CHC funding in the young person’s Clinical Commissioning Group (CCG).  Those bods have different names in different CCGs and the titles all take up about half a page so I’m not even going to attempt to include one here.

If it’s agreed that the young person meets the criteria (drum roll) then the hard graft of putting together the full CHC assessment – which is done on the ‘Decision Support Tool’ document, is farmed out to a lower level health minion. 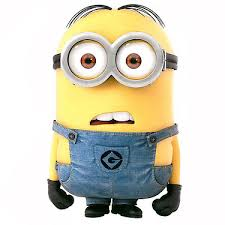 If you actually want the assessment to be successful, you (a non-health person….(in my case) from Education!!) have to do all the hard graft yourself but make it look like the lower level health minion has done it.
This is where we are now in Tess’ case.  A couple of weeks ago we had our first post Child in Need multi-disciplinary team meeting (stay with me…..) to look at the detail of the DST.  Three of us (some may say that equates to a witch’s coven) had already met to have a first stab at putting the meat on the bones and were unanimous in our agreement that Tess met the threshold.
The social worker didn’t turn up.  We phoned and found out that she was off sick.  Her office had tried (allegedly) to phone school – they had made one phone call which they said wasn’t answered (in fact, the phone didn’t ring at the time they said they’d phoned).  That was it.  One call to school – no attempt to call the parent involved or any other meeting attendees including two from CAMHS who were travelling a distance. No emails or texts.

We decided to use the time to go ahead and revisit the DST.  Since one of the arguments we were advancing related to the severity of Tess’ challenging behaviour, our minion (she was actually a very nice, helpful minion) had invited a Behaviour Nurse Specialist to the meeting.

Quick ‘time out’ here to explore this ‘challenging behaviour’ thing…..in the DST, it’s the usual definition that is used to describe what happens when a person with LD (and often, autism) can’t cope with something and they become verbally and/or physically aggressive.  What happens with Tess isn’t like that……but we are still making the argument that her response to something upsetting/dysregulating constitutes (as the Health Service Ombudsman in the Pointon case puts it) an ‘immediate and serious risk’ and is something that requires ‘an urgent and skilled response.’
So we’re already off piste with our different take on ‘challenging behaviour’, the first of the DST ‘care domains’.  To meet the ‘severe’ criteria in this domain, a young person must:

‘demonstrate a consistent poor ability to self-regulate behaviours in maintaining personal safety and development, despite specialist health intervention. Likely to require ongoing, intense multi-agency involvement to maintain any infrastructure, and additional high level support from several agencies. Usually requires direct specialist clinical assessment, treatment and review from specialist healthcare professionals in addition to those of frontline service.’
Our description of how Tess presents in order to meet these criteria was as follows:

‘Tess’s avoidant behaviour is demanding due to the pressure that it puts on carers and practitioners for an intensive and skilled response to her extreme levels of anxiety and negative perseveration.  For example she will not currently mix with other pupils at school.  This means that extreme accommodations need to be made in order to enable Tess to feel safe enough to participate in learning.  Such accommodations include having her own classroom, being taught on a 1-1 basis 100% of the time, going home every lunch time and ensuring that no other pupils are around when Tess needs to walk through school.  It also entails an intensive programme of school-based support (social communication and emotional regulation) to help Tess start to devise and implement strategies to overcome these barriers.
When trying to troubleshoot problems with Tess, she constantly identifies further problems instead of focusing on the positives.  This can make supporting her very emotionally draining and carers require a specific skill-set in order to ‘close down’, minimise or distract Tess from her negativity.

You might think that that would be sufficient to close the argument…..however, the Behaviour Specialist Nurse couldn’t get his head round the fact that this didn’t fall within the accepted definition of challenging behaviour.  We spent quite some time explaining that we were coming at this differently, that we were ready for the panel to disagree and that Mum is quite prepared to bring a legal challenge against any panel decision not to fund.  Once we had repeated this a few times and also explained our understanding of what the law says about entitlement, the Nurse started to become less defensive and more mellow.  By the time we got to the end of the criteria, it felt like he was secretly cheering us on to have a go and be successful.
So – we are now at the point where we need to collate supporting evidence from various professionals, outline what we want CHC to fund and how much it costs.

What we want is for a parent support and social communication/emotional regulation programme to be put in place to support Mum in the home to dovetail with the social communication programme we have in place at school.  The package we have in mind is, of course, RDI.
I don’t know if an autism intervention has ever been funded by NHS CHC, so it will be interesting to see what happens here.  It could set an important precedent…….watch this space!