Me and my son, Philip, age 19, are celebrating a victory following a recent win at SEN Tribunal over Philip’s further education. Initially, our local authority (LA) attempted to cease to maintain Philip’s Education, Health and Care plan (EHCP), even though it was clear that he had not met the outcomes in the plan. With the help of some fabulous legal peeps (solicitor James Betts of Irwin Mitchell and barrister Steve Broach of Monckton Chambers), we managed to persuade the LA that it would not be lawful for Philip’s EHCP to be ceased.

Unfortunately it didn’t end there because despite Philip clearly communicating to the LA that he felt that the impact of his autism would mean that he would not cope at College, the LA proceeded to consult with 4 colleges. This happened whilst the LA was insisting that I was stopping Philip from ‘having his voice heard’ (utter rubbish, of course, but don't LAs just love to trot out that old chestnut of mother-blame, *sigh*) whilst simultaneously listening to, and then ignoring his voice themselves.

After helping the LA to understand why they should concede on the college point, we still had to battle through subsequent arguments against the bespoke package that Philip and I had put together.

It’s a long and complicated story that deserves (and will get) its own blogpost, but suffice it to say that not only did we secure a highly personalised 5 day per week package of educational activities and learning for Philip funded by an education personal budget (EPB) - one of a small number of packages with EPB funding arrangements in England - we also broke new ground in Education, Health and Care (EHC) plans, with the Tribunal Judge agreeing that social communication provision (which addresses core autism difficulties) constitutes ‘educational provision.’

RDI was used with Philip both by us parents in the home and as practice that was embedded within his school’s curriculum. Philip’s ADOS score (which measures the severity of the autism) decreased from 19 out of 22 to 12 out of 22 following 10 years participating in RDI. He is still autistic and still faces challenges due to his condition, but many of his former challenges have decreased in a way that has significantly improved his quality of life.

Research shows that in autism, mastery of the pivotal milestone of joint attention (mastered at 9 months of age in typical development) and its preceding milestones can be delayed or disrupted and that this disruption has serious consequences for subsequent social and cognitive development.  The consequences include: difficulties with reciprocal social interaction; difficulties managing uncertainty and unpredictability (which can lead to distressed behaviour); lack of perspective-taking (leading to a focus on self and an inability to see the ‘bigger picture’); difficulties with emotional regulation (leading to distressed/‘challenging’ behaviours); impairments in episodic memory (which can lead to a lack of resilience, low levels of self-actualisation and low self-esteem).

NICE clinical guidelines on ‘Autism spectrum disorder in under 19’s: support and management’ (GG 170) recommend as a key priority for implementation that providers of services consider a specific social communication intervention for the core features of autism in children and young people that includes play and activity based strategies with parents, carers and teachers to increase joint attention, joint engagement and reciprocal communication in the child or young person. NICE recommends that strategies should:


RDI is one of a handful of approaches that meets the above criteria.

The implications of Philip’s Tribunal judgement

Philip’s victory has important implications not just for him, but also for other young people with autism who will struggle to attend college and other traditional post-19 provision but still need to access education and training to help them to prepare for the world of work, as it adds to the small number of examples of successful proposals of this type that have been funded by an education personal budget.

More crucially, it sets a precedent for social communication provision (in Philip’s case, RDI) to be mainstreamed in EHC plans.

After 'graduating' from Bright Futures School, Philip decided he didn't want to go to college but did want to continue to learn what he needed to make him work-ready. Philip had taken part in Relationship Development Intervention (RDI) both with his parents at home and during his time at Bright Futures School. Philip shares that, ‘RDI has helped me to understand other peoples’ non-verbal communication (facial expression, prosody and gesture) in a way that helps me to better understand what they mean e.g. sometimes people mean the opposite of the words they are saying……but it’s hard to decode that unless you also understand what their face and tone of voice is telling you. Because I have learned to do that in a very natural way over many years (doing fun stuff with my parents like baking, playing games), I don’t have to think about it – it comes automatically so it’s not a struggle for me.’

Philip goes on to explain that he also feels ‘that RDI has helped me to see other peoples’ points of view better and to use the thinking of people that I trust (like my Mum and school staff) to decide what to do when I feel uncertain about something, as well as helping me to pay more attention to what other people are thinking and feeling generally.’ Philip is writing in more detail about his experiences with RDI on a blog of his own that he is currently creating.

Despite his good progress in these areas, Philip was still struggling to regulate his emotions and finds it extremely difficult to break out of cycles of negative thinking. This was one of the reasons for continuing to include RDI in his bespoke package of educational provision.

The package includes: further learning in the areas of maths, English and IT; work skills, money management and employability short courses (ASDAN); volunteering at a community café, the local foodbank and (hopefully but yet tbc) as a porter at the local hospital; litter-picking; cooking and baking; independent travel; puppet-making; and doing voice-overs for a local radio station.

Philip will be supported on a 1-1 basis by Learning Mentors from his former school, Bright Futures School (BFS) – this is crucial to success as they are familiar adults with whom he has excellent trusting relationships and who are all trained in RDI. As the budget holder, I am commissioning this input from BFS and the school is employing another Learning Mentor (LM) to backfill the LMs who are freed up to work with Philip.

The social communication/RDI work will be delivered during the baking/cooking sessions; the puppet-making and the independent travel sessions, where the activity is used as the vehicle for the interpersonal engagement that leads to mastery of developmental milestones. The litter-picking, volunteering at the foodbank, community café and hospital portering and the radio work are less structured education and training opportunities which involve much more social unpredictability. They therefore also double up as additional opportunities for the adult guide (LM) to support Philip to review real life problems and challenges, identify changes in his emotional state and role play different possible responses to challenges.

I commissioned reports from our family RDI Consultant and from an Educational Psychologist and used the information in these reports to combine the needs that were identified separately in the EHCP and in the EP report. The table in this link represents what I considered to be the consolidated needs that needed to be included in Section B of Philip’s EHC Plan and the provision that was required in Section F.

One of my big bugbears with EHC plans is the way that ‘needs’ are separated from ‘provision’. In my experience, this often results in LAs failing to ensure that there is a provision specified for each need, which is what is required by the SEN Code of Practice. The use of a table format where needs link directly to provision mitigates against this.

Philip has agreed to the sharing of this table. I’m not sure that I would have had the courage to consent to all my areas of difficulty being laid bare for public scrutiny. I have to hand it to the lad – he is totally determined to put out there anything that could help other autistic peeps and their families, so let’s do a Mexican wave for his courage, kindness and tenacity. 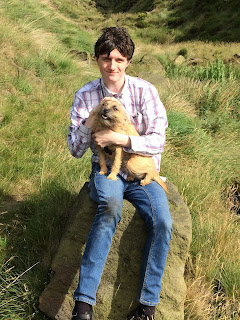