At the end of my last blogpost on Children’s Continuing Healthcare, I thought I had triumphed when, despite the efforts of the CCG’s NHS Funded Care Team Manager to prevent me from making the referral because I was not from the medical profession, Tess’ GP agreed to make the referral.  I should have stuck with Cynical-Me, not Optimist-Me, as it wasn’t to be.  Slightly more than a month later and I am still in the same position – hoping that the referral will be accepted – except that I have had to take two steps back in order to stand still.
When the NHS Funded Care Team Manager received the letter from the GP, she promptly wrote back to him (copied to me) letting him know that (as she ‘had already informed me’…..…take that, Thompson!!), she had referred the matter to the Children with Disabilities Team who would make a referral if appropriate.  You already know my views on the Children with Disabilities Team (the words chocolate and teapots spring to mind) so I decided to stop fannying around and go straight to the top.  I wrote to the Chair of the CCG asking him to clarify who could make referrals.
He explained that ‘anyone involved with the client can make the application’.  Good to have that in writing because there’s another referral waiting in the wings.  He signposted me to a different professional – the Complex Needs Children’s Nurse - who apparently will be ‘happy to guide me through the process of assessment eligibility’.  As far as I can see, Tess’ eligibility (outlined in my last blogpost on the subject) has already been established…..but I guess that would just make things too straightforward.
Now then….…look at what the CCG Chair says comes next:
1. A lead professional would need to co-ordinate all assessments from health, social care and education professionals involved in the delivery of Tess's care currently.
2. A multidisciplinary team (MDT) meeting would then be convened and the NHS decision support tool would be applied using all of the evidence from the assessments gathered. The MDT would then make a recommendation on eligibility.
3. This recommendation along with all of the assessments and documentation used at the MDT meeting would then be presented to the NHS multiagency funding panel at the CCG. The CCG would also require a comprehensive breakdown of what funding was being requested by the MDT. 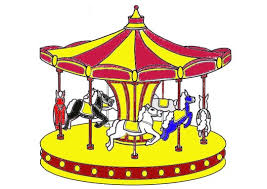 So – despite the fact that I’ve already used the Decision Support Tool (and Tess has met the criteria) we gotta have 3 more layers of obfuscation and prevarication before Tess can get any NHS funding.  This is for a young person in crisis.
Having just read Mark Neary’s most recent blogpost on ‘An Alternative Social Care Dictionary’, I had a wry smile to myself when I read ‘multiagency funding panel’.  Mark describes panels as ‘the masonic lodge of the (social) care world.’
Well if Tess’ case gets to the masonic lodge and they give the family any hassle, they better look to their laurels because I have it on good authority that it will be quite possible to challenge the legality of said panels.  Still…...am sure that’s some way off.
Place your bets please for how long it will be before Tess’ case gets an audience with the Grand Masters!! 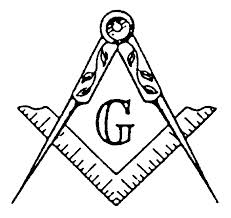